The Future of Community Management on “New” Social Media Platforms 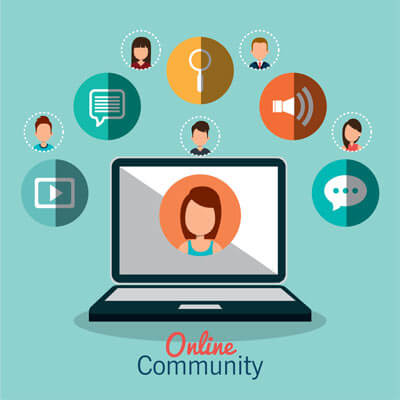 With the Superbowl steadily approaching, we are reminded of what New England Patriots Head Coach, Bill Belichick, has said over the last few years about social media. Belichick has been quoted saying things like, “Twitter account, InstantFace, I don’t have any of that,” “MyFace, YourFace, InstantFace. Go talk to whoever you want that does that stuff. I don’t know,” and “I don’t Twitter, I don’t MyFace, I don’t Yearbook” (Sherman). Even just recently, New York Jets Head Coach, Adam Gase, responded to questions about social media by labeling it as pollution for the mind. It’s probably safe to say that these two head coaches won’t be susceptible to any social media marketing, but we should always be hesitant to jump to conclusions. In other words, just because Bill Belichick doesn’t use social media, doesn’t mean people in his region, age group, or even his professional field necessarily share the same sentiment.

For example, Los Angeles Rams Defensive Coordinator, Wade Phillips, can be found actively hyping up his team on Twitter, despite being five years older than Belichick. Though it’s tough to say who will get the better of the other on Sunday, it is completely clear that they represent two different target audiences, even if they show consistencies in other noteworthy demographics. This is just one of the many truths a business owner needs to be conscious of when it comes to “new” social media platforms and their role in community management. For the sake of this discussion, we will examine the future of community management on Line, Snapchat and Periscope.

According to Richard Jones in the article, “Snapchat and the decline of community management,” there are now over 1.6 billion users of mobile messaging platforms like Snapchat, Whatsapp, Line, WeChat and Kik, which is more than the total number of people on Facebook and Twitter combined (Jones). With this statistic in mind, it is important for community managers to understand how they can use these new mobile messaging platforms for community management. I was recently teaching in Thailand and seemingly everyone in Asia under the age of 50 can be found using Line. With China and India among the top three populated countries in the world, one can see the important role which Line will play in managing communities across Asia and the world. Likewise, almost all of my friends in Ireland and the US can be found on Snapchat, with increasing numbers of those same friends now using Periscope to post live feeds of their daily activities. According to Adabelle Espinosa, in the article, “The State of Snapchat,” 52 percent of Irish teens use Snapchat versus 38 percent of US teens. Unlike first generation social media platforms, such as Twitter and Facebook, these new social messaging apps are basically closed, private messaging platforms. With no “community” to manage on these platforms, community managers must find new ways to engage with the public on a direct and personal level. Jones writes,

“Social campaigns and interactive experiences that can be shared such as contests, quizzes, coupons and competitions, layered with gamification strategies to drive repeat engagement are the only marketing approaches that will work with these networks. Social marketing needs to be more campaign orientated and less community management focused to address this shift. The ‘campaign’ has always been the lifeblood of marketing and now it is clear that social media is no different” (Jones).

As Jones suggests, community managers must now start campaigning on these new social platforms if they do not want to fall behind the times in terms of how and where young social media users are engaging. While these new messaging apps may limit the things community managers can do, in terms of old-school social relationship management, there are several ways these new platforms can be used to connect with communities online. Espinosa highlights the reach of Snapchat, as well as offers tips in how to use the platform for community management, when she writes, “According to Forbes, 62% of millennials are more likely to become a loyal customer if a brand interacts with them over social media. Connect with your followers via direct message or by featuring them in your story” (Espinosa).

Like Snapchat, Periscope offers unique ways to connect with one’s community. In the article, “12 Ways to Use Periscope for Business,” Sarah Angeles shows how Periscope can help to “humanize a business” when she writes,

“Periscope lets you connect with customers in a personal way. One great way to do this is by humanizing your brand, such as by providing an inside look at your business to establish an emotional connection. ‘People love the idea of being on the inside,’ Yunche Wilson, founder of WhoRYou Marketing, said. ‘Give them a rare look of where the magic happens’” (Angeles).

By allowing customers to get that “behind the scenes” feeling, Periscope is helping make companies seem more transparent, more open and more inviting than ever before. These characteristics are important for companies looking to have success with community management.